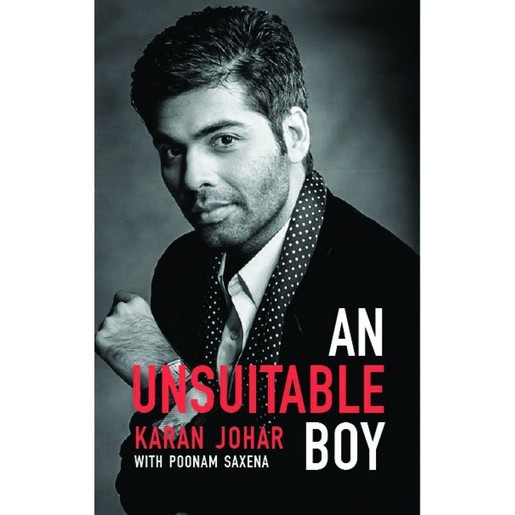 Karan Johar is synonymous with success, panache, quick wit, and outspokenness, which sometimes inadvertently creates controversy and makes headlines. KJo, as he is popularly called, has been a much-loved Bollywood film director, producer, actor, and discoverer of new talent. With his flagship Dharma Productions, he has constantly challenged the norms, written and rewritten rules, and set trends. But who is the man behind the icon that we all know? Baring all for the first time in his autobiography, An Unsuitable Boy, KJo reminisces about his childhood, the influence of his Sindhi mother and Punjabi father, obsession with Bollywood, foray into films, friendships with Aditya Chopra, SRK and Kajol, his love life, the AIB Roast, and much more. This book is both the story of the life of an exceptional filmmaker at the peak of his powers and of an equally extraordinary human being who shows you how to survive and succeed in life.

Karan Johar is one of the leading directors, producers and writers in the Hindi film industry. He is the son of a much-respected film producer Yash Johar, who set up Dharma Productions. Over the years, Karan has built Dharma into a powerful and flourishing entity. He began his tryst with filmdom in 1995 as an assistant to film-maker Aditya Chopra on the sets of Dilwale Dulhania Le Jayenge (1995). Subsequently, Karan made his debut as director with Kuch Kuch Hota Hai (1998), which went on to become a blockbuster. He has directed six major films and produced over twenty. He also began a celebrity chat show on TV in 2004, Koffee with Karan, which became a runaway hit. In 2007, he was chosen as one of 250 Global Young Leaders by the World Economic Forum.

Poonam Saxena is a journalist with Hindustan Times, where she is the editor of the Sunday magazine.